David Purse has announced the availability of the first alpha release of Simplicity Linux 13.10, a Puppy-based distribution that comes in desktops, netbooks and media centres flavours:
" Simplicity Linux 13.10 alphas are now available. Be warned, these releases are buggy, as is the nature of alpha releases, but they do generally work. 13.10 is based on Raring Puppy 3.9.9.1 by Pemasu. The kernel is 3.9.9.1, as you might guess, and it is a non-PAE kernel, meaning you do not need a machine with PAE to be able to run it. The window manager is LXDE for all releases except Obsidian which uses Openbox (released tomorrow due to unforseen problems). Desktop is our big release, it comes with media players, LibreOffice, and a lot of other software. Desktop is a full-featured Linux distro compared to the cut-down editions like Netbook and Obsidian, and less specialised than Media."
Here is the full release announcement with known issues.
Download links: SimplicityDesktop1310Alpha2.iso (261MB), SimplicityNetbook1310Alpha.iso (203MB), SimplicityMedia1310Alpha.iso (448MB). 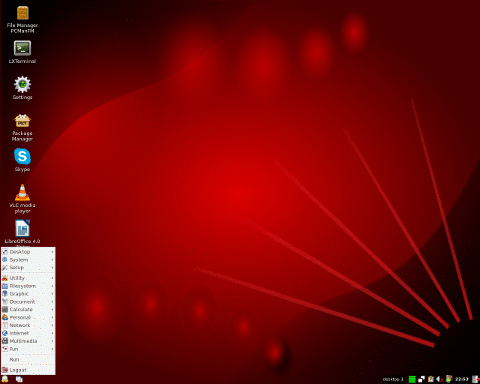