Antoni Norman has released an initial alpha build of Pinguy OS 13.04, an Ubuntu-based distribution with a customised GNOME 3.8 desktop: " Pinguy OS is still being activity worked on. There has been a release for 12.10 and a 13.04 release is being worked on at the moment. If you want to keep up to date with the development of Pinguy OS it's best to follow the Information thread on the forum. This blog will be mainly for news on the LTS releases. I have decided to keep the 6-month releases as betas/snapshots of what the LTS will become. The 6-month releases will be using bleeding edge software that hasn't been fully tested. For an example the 13.04 release is using Gnome Shell 3.8.1 (something that isn't included in Ubuntu 13.04 by default). The 6-month Pinguy OS releases will be missing features that will be in the final LTS, but the release will be very usable." See this brief blog post for more information. Download: Pinguy_OS_13.04-Alpha_i686.iso (2,312MB, MD5). 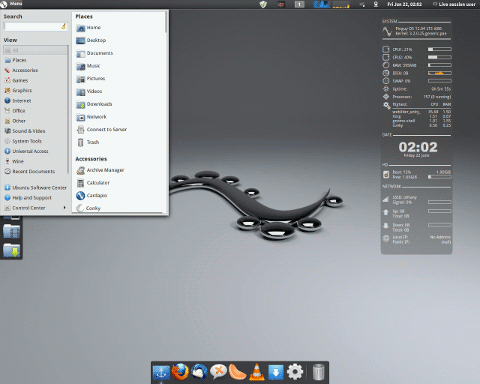