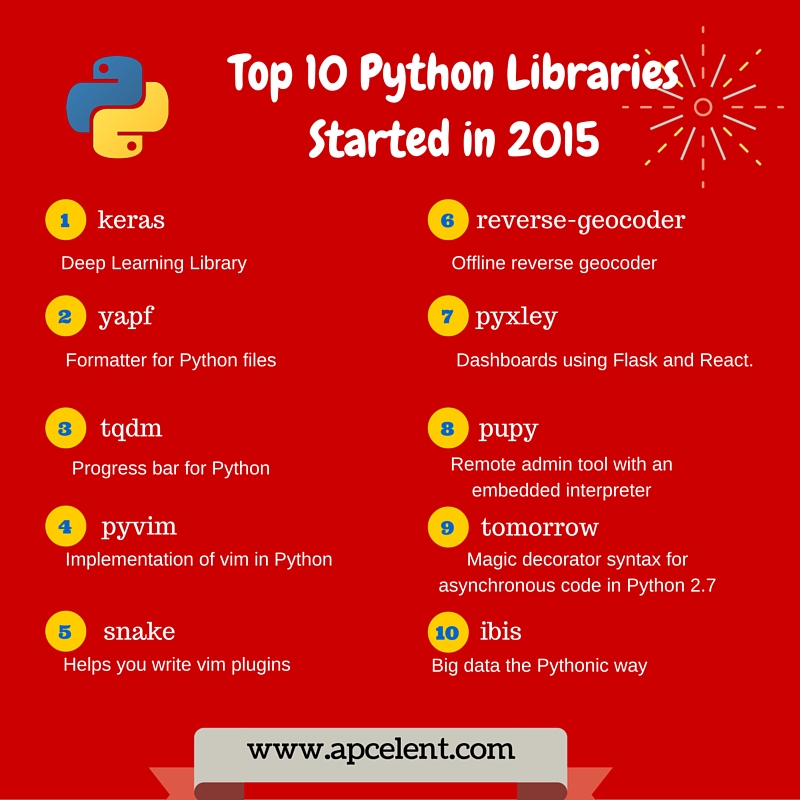 Keras is a minimalist, highly modular neural networks library, written in Python and capable of running on top of either TensorFlow or Theano. It was developed with a focus on enabling fast experimentation. Being able to go from idea to result with the least possible delay is key to doing good research.

A formatter for Python files. YAPF takes a different approach. It's based off of 'clang-format', developed by Daniel Jasper. In essence, the algorithm takes the code and reformats it to the best formatting that conforms to the style guide, even if the original code didn't violate the style guide. The idea is also similar to the 'gofmt' tool for the Go programming language: end all holy wars about formatting - if the whole code base of a project is simply piped through YAPF whenever modifications are made, the style remains consistent throughout the project and there's no point arguing about style in every code review.

An implementation of Vim in Python.

Snake lets you use Python to its fullest extent to write Vim plugins.

Pupy is an opensource, multi-platform remote Administration Tool with an embedded Python interpreter. Pupy can load python packages from memory and transparently access remote python objects. Pupy can communicate using different transports and have a bunch of cool features & modules.