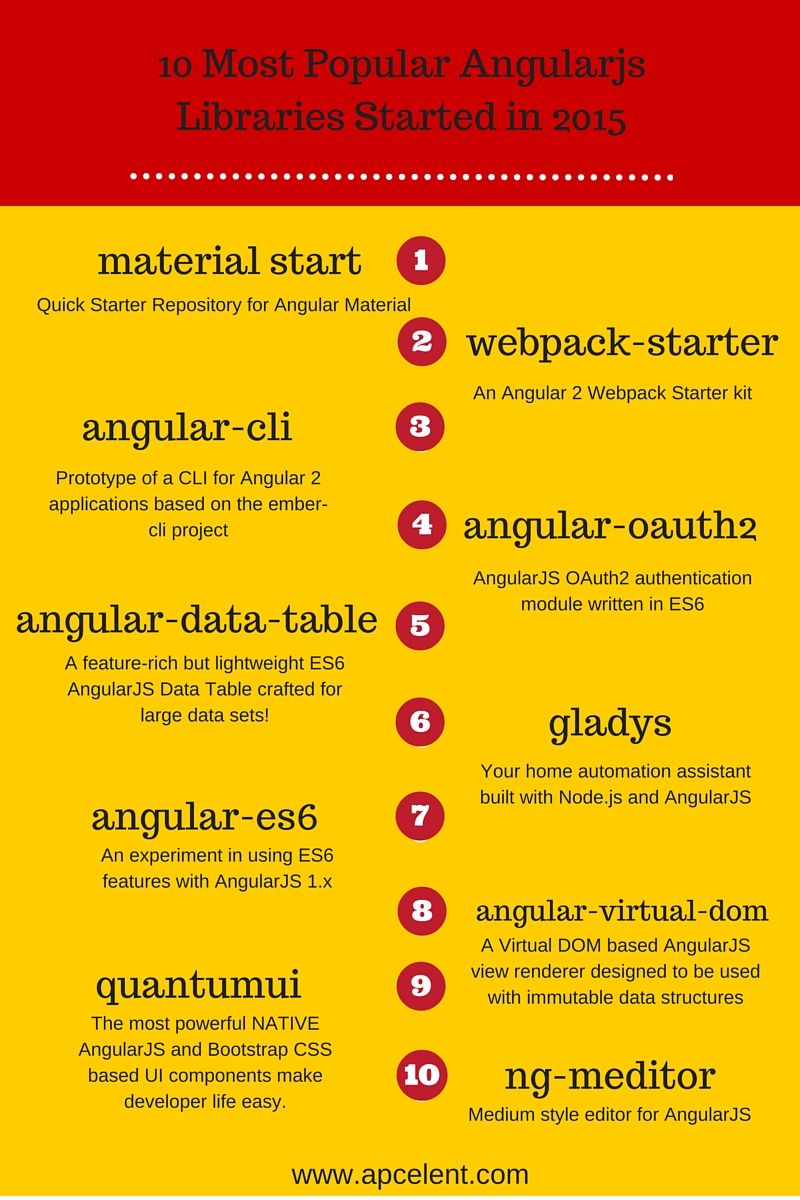 This Material start* project is a seed for AngularJS Material applications. The project contains a sample AngularJS application and is pre-configured to install the Angular framework and a bunch of development and testing tools for instant web development gratification.

Prototype of a CLI for Angular 2 applications based on the ember-cli project.

angular-data-table is a AngularJS directive for presenting large and complex data. It has all the features you would expect from any other table but in a light package with no external depedencies. The table was designed to be extremely flexible and light; it doesn't make any assumptions about your data or how you: filter, sort or page it.

Gladys is an home automation assistant to help you in your everyday life.

An example approach to using ES6 classes in an AngularJS 1.x app.

angular-virtual-dom is an experimental Virtual DOM based AngularJS view renderer designed to be used with immutable data structures such as immutable-js and mori.

angular-virtual-dom lets you use regular AngularJS templates and expressions to bind data to the DOM, but uses Virtual DOM diffing behind the scenes.

QuantumUI is the most powerful and well designed NATIVE AngularJS and Bootstrap CSS based UI components make developer life easy.

Hope the post was informative, do let us know in comments, if we forgot to cover a popular library.