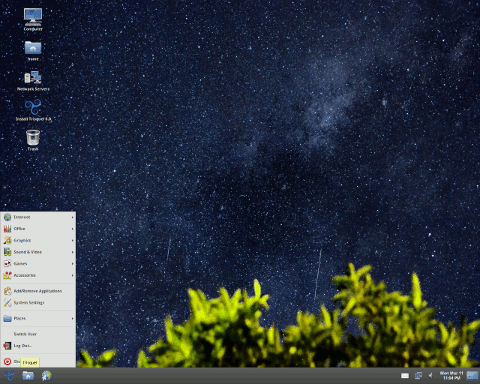 Version 7 of the Trisquel GNU/Linux distribution, codenamed Belenos after a Celtic sun god, has been released. Belenos is a Long Term Support release that will be maintained until 2019. Relevant new packages and features include:

Trisquel on a Sugar TOAST

Editions published today include the GNOME based standard edition, the LXDE mini edition, and the now officially supported Trisquel on a Sugar TOAST edition, designed for kids 0 to 12. It features the Sugar Learning environment and a preselection of educational activities.

The improvements don't stop at the software. We are also unveiling a new website theme, cleaner and more modern, to match the streamlined style of the release. This is just the first change in a series of improvements that will focus on giving the users a better community experience.

We are also making big changes to the development process, to make it easier for the community to contribute. The new code management website allows users to clone the code, hack and request their changes to be reviewed and merged. This is connected to a whole new continuous integration build system that will keep the distro up to date with less manual intervention.