Kendall Weaver has announced the release of an updated respin of Peppermint OS Four, a lightweight, Ubuntu-based Linux distribution with Openbox: " We're proud and happy to announce the first re-spin of Peppermint Four in both 32-bit and 64-bit editions. The downloads are live now via our standard download links and are also available for purchase in both CD and USB format. The re-spins offer a fully updated install as of November 5th, 2012, so you aren't left needing to download hundreds of megabytes of updates immediately after the install. In addition, we changed the desktop notifications back to the way they were in Peppermint Two after several users noted that the way they were implemented in Four seemed to be a bit of a step backward compared to the previous iterations. For users already running Four that also want this, it's actually quite simple: simply install the packages 'notify-osd' and 'notify-osd-icons'."
Continue reading the release announcement for further details.
Download (MD5): Peppermint-4-20131113-amd64.iso (656MB). 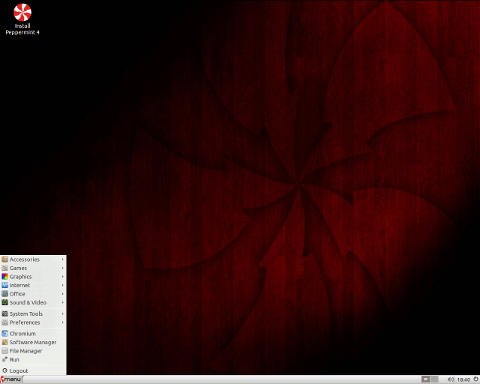