Kaj Ailomaa has announced the release of Ubuntu Studio 14.04, a customised variant of Ubuntu with a range of multimedia and content creation programs for audio, graphics, video, photography and publishing: "We're happy to announce our latest LTS release. Ubuntu Studio 14.04 will be supported for three years. Since it's just out, you may experience some problems. Read about them under known issues. Short list of new features: the installer has a new plugin which allows you to choose which packages to install out of our workflows - audio, video, graphics, photography and publishing, so you no longer need to install all the packages; Linux low-latency code is now merged with Linux generic, so it's better streamlined and follows all Linux generic changes more exactly; EFI support." Read the full release announcement for a rather long list of known issues and suggested solutions. Download link: ubuntustudio-14.04-dvd-amd64.iso (2,552MB, SHA256, torrent). 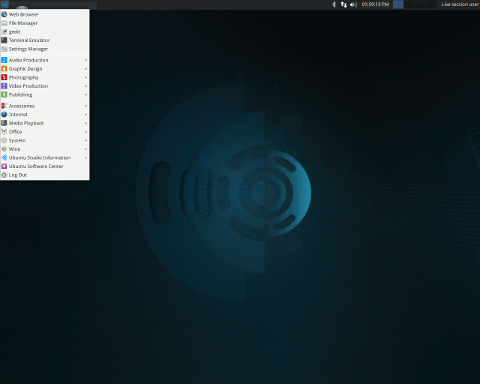