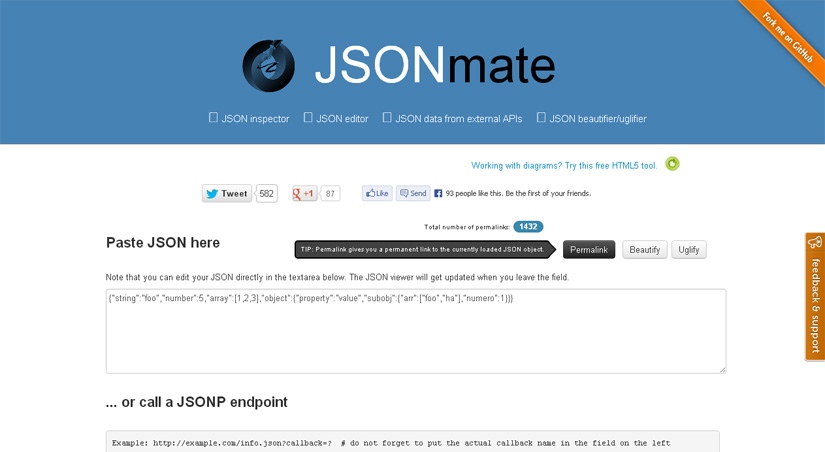 JSONmate is a web app that can beautify (and uglify) JSON strings where these strings can be directly pasted or loaded from a remote URL. Also, it has a very nice visual editor for customizing the data and a visualizer that provides a different view for it. JSONmate has support for JSONP too and it is an open source projec 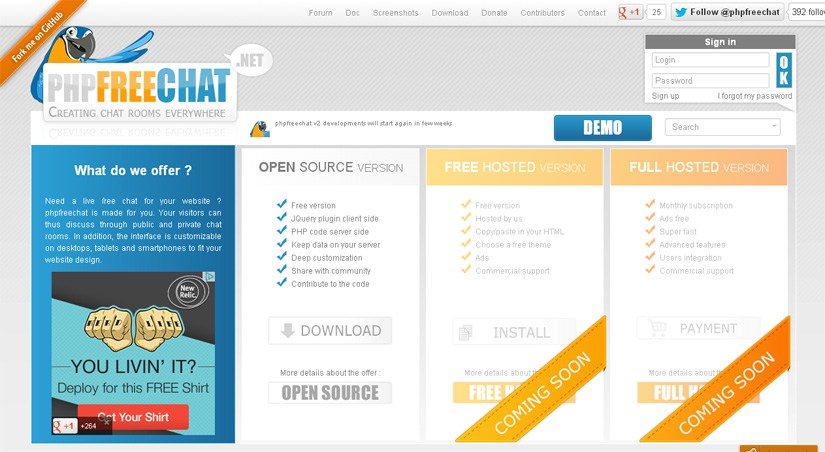 phpFreeChat is a free and open source PHP chat application that doesn’t require any database to run but rather uses the filesystem for it. It can be used at the same time by any number of users, has a responsive layout that works in mobile too and has a modular authentication system which can be integrated into any app.
phpFreeChat is pretty simple in functionality yet support for multiple rooms, smileys and a “new message notification” will be added soon.

3. PhpFastCache : Speed Up Websites with Caching 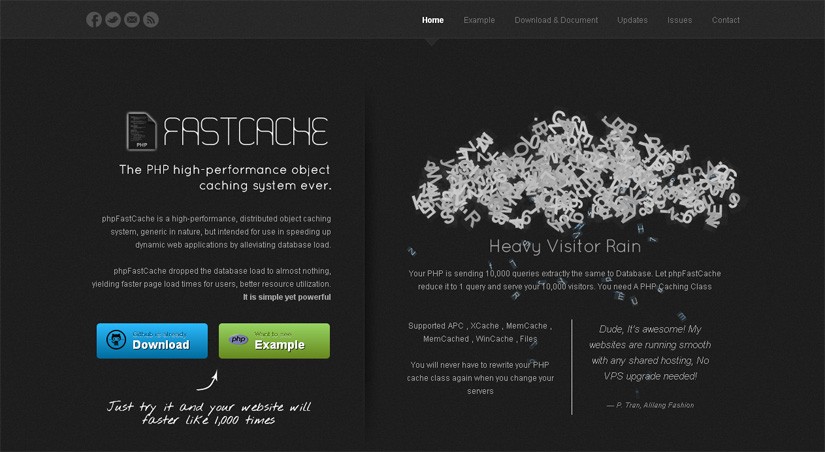 phpFastCache is an open source PHP caching library that comes as asingle-file and can be integrated so quickly. It has support for multiple caching methods (apc, memcache, memcached, wincache, files, pdo and mpdo), the period of caching can be defined and has a very simplified API. 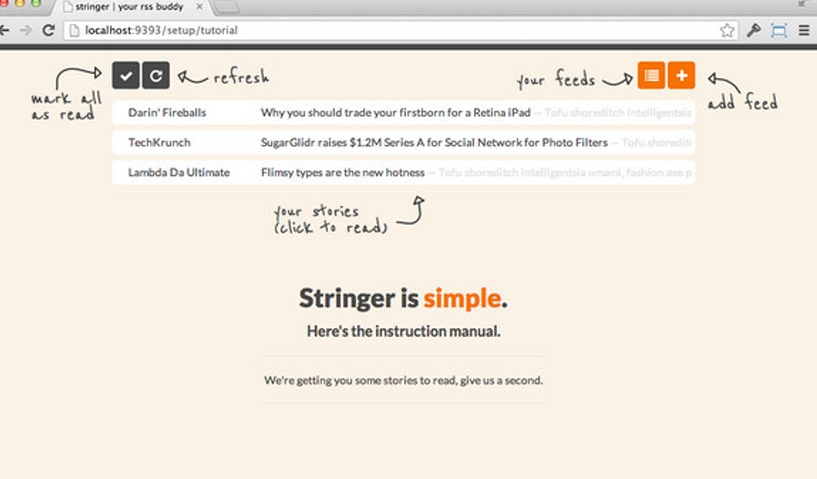 Stringer is an open source self-hosted, anti-social RSS reader. Stringer has no external dependencies, no social recommendations/sharing, and no fancy machine learning algorithms. But it does have keyboard shortcuts and was made with love.
Stringer is written in Ruby and built on Sinatra with a PostgreSQL datastore. It deploys easily to Heroku and is a self-professed work-in-progress. The project is released under MIT licensed and hosted on GitHub. 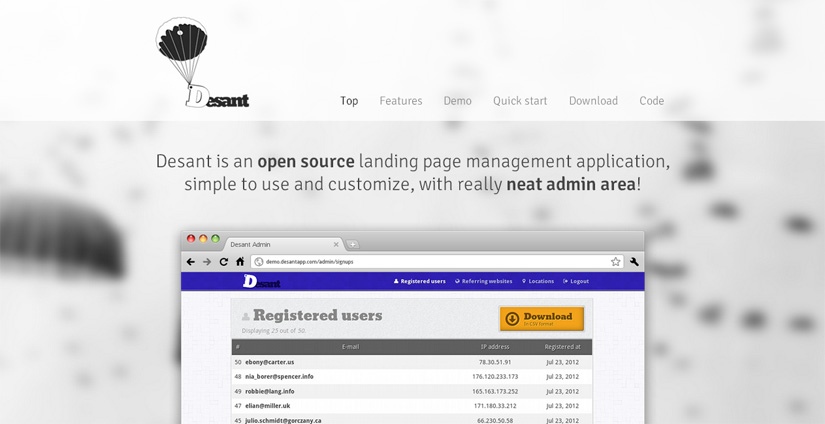 Desant is an open source, single page web application (in Backbone.js managed by Sinatra backend) for handling such cases with ease. Any page built with it can easily collect user information via forms, it keeps track of the referring URLs and the locations of visitors (by country). It uses MySQL for storing data and can be installed manually or quickly with Vagrant. 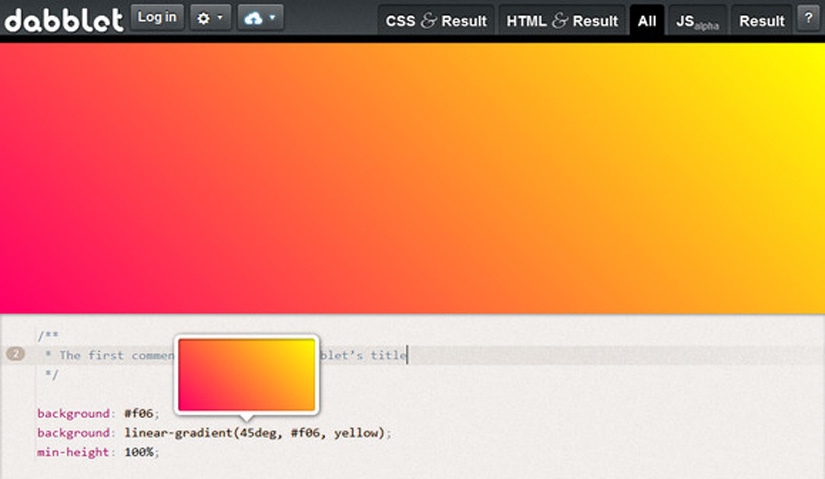 Dabblet is an interactive playground for quickly testing snippets of CSS and HTML code. It uses -prefix-free, so that you won’t have to add any prefixes in your CSS code. You can save your work in Github gists, embed it in other websites and share it with others.
It currently only supports modern versions of Chrome, Safari and Firefox. All posted code belongs to the poster and no license is enforced. Dabblet itself is open source software and is distributed under a NPOSL-3.0 license. you can fork dabblet on github as well. 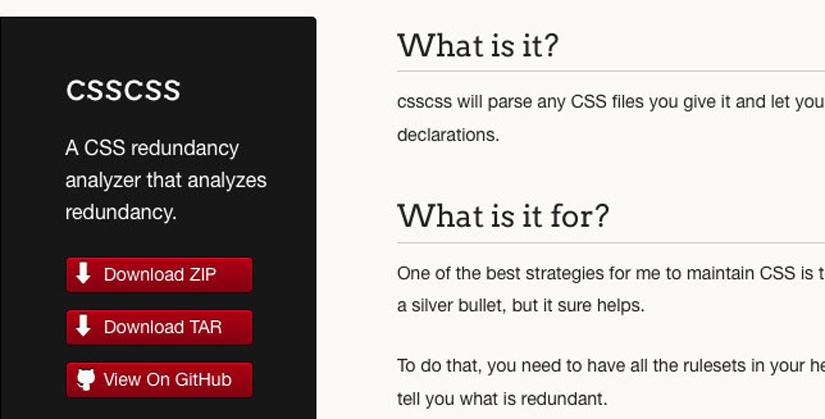 CSSCSS analyzes your CSS files to see which rulesets have duplicate declarations. This makes your CSS lighter and easier to maintain. It’s simple to install as a ruby gem and runs in the command line. 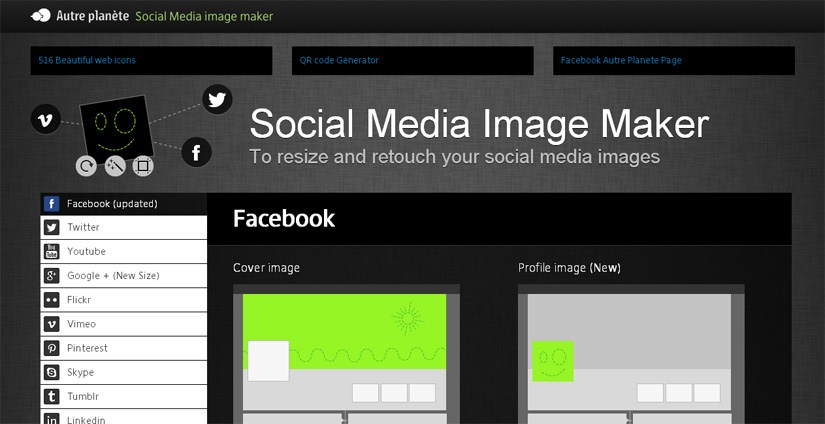 Social Media Image Maker is a free, web-based tool that eases creating and editing these images. The tool informs us with the required image dimensions for each service (推ter, 非死book, 油Tube, Flickr and more) and allows uploading any image + resizing or cropping them to fit the size. Simply, from a single interface, it is possible to create social images for all major networks without the need to learn the requirements for each. 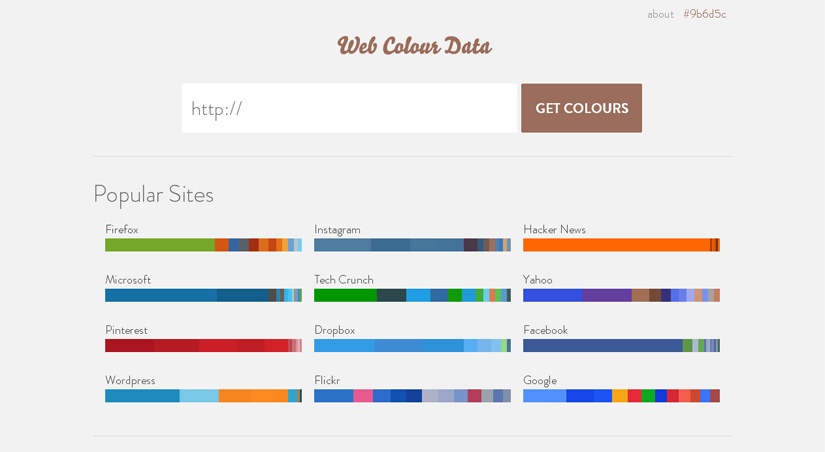 Web Colour Data is a web service to easily find out “which colors are used on a web page”. It works by simply submitting a URL and the service auto-extracts + analyzes the colors in it. The color palette is presented with a breakdown in percentages and hue distribution. Also, it is a good source of color inspiration as palettes used in many popular websites are displayed as well. 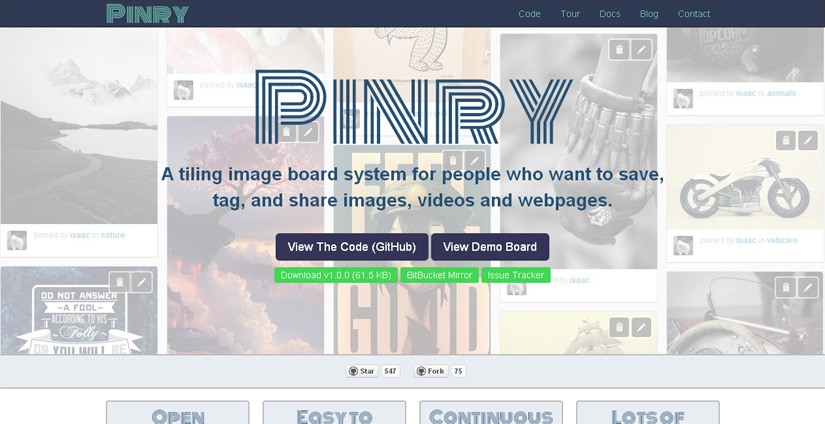 Pinry, an open source web application, eases building Pinterest-like (dynamic-column-grid-layout) websites. It allows users to register to the app and pin, tag and share media (images, videos and webpages) quickly. And, a bookmarklet exists for saving the content without leaving the pages being browsed.