When most people think open source, they think Linux. That’s fair: Linux is the operating system built from the ground-up with open source software.

But Mac OS X, as a UNIX-like brother to Linux, has its share of quality open source programs as well – and a bunch of them aren’t available for Linux or Windows.

Let’s look at the best open source Mac exclusives, so you know which programs to install and show off in front of your Linux friends. They’ll be jealous, I promise (though they’ll have a few great apps to show you right back, so don’t get too smug).

I’ve been all around this wide old Internet, and I’ve yet to find an IM app better than Adium for any platform. It’s the ultimate instant messaging app. 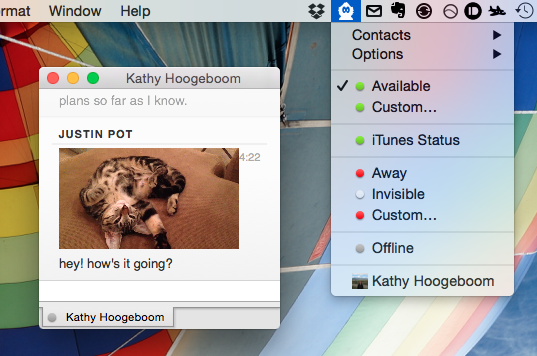 Some people argue that you don’t need desktop chat clients anymore; those people don’t realize how messed up Google Hangouts is. Adium integrates nicely with OS X, offers an extensive plugin library, and generally works exactly the way I want it to. If you’re a dedicated Mac user, I bet the same is true for you.

Quicksilver: More Than a Launcher

I hate my mouse. It’s nothing personal, I just think that for almost anything (besides image editing) the keyboard is so much faster. Naturally, I like to launch programs using the keyboard as well, and Quicksilver is my tool of choice for this.

Sure, Spotlight can be pretty awesome and Alfred can be downright amazing, but for my money the best Mac app launcher out there is the humbled, aged Quicksilver. 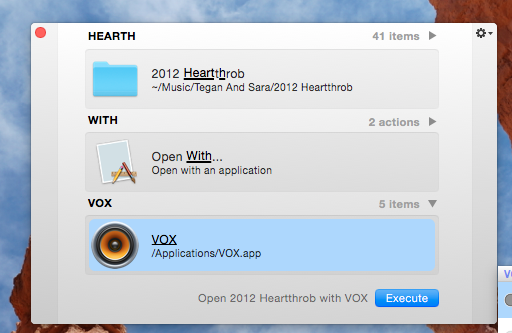 A big part of that is the ability to construct sentences, as seen above. I’m sending an entire folder of music to be played in the excellent Vox media player. A lot of the plugins for this system have stopped working, but I’ve learned to make it do all sorts of things. It’s a little tricky at first, but the same can be said for many indispensable open source tools.

Sonora: Remember When iTunes Was Lightweight?

Apple’s iTunes is a music player. And a syncing tool for your phone. And an app store. And an online radio service. And a…

The list keeps growing, and it’s harder and harder to use the freaking thing as a media player. If this bothers you, check out Sonora. This open source music player syncs with iTunes’ library and gives you a beautiful way to browse and play your music. 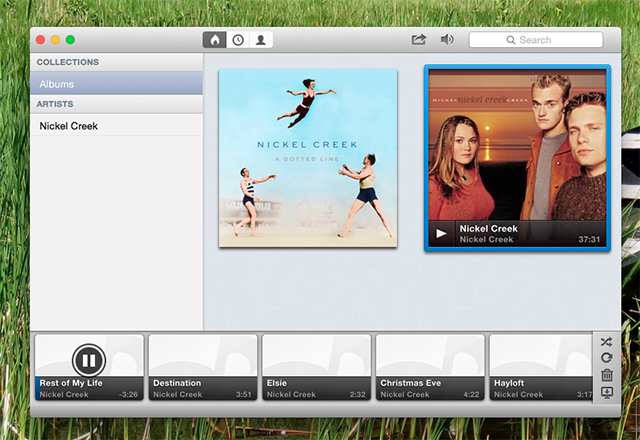 It’s a music player, and nothing else, which is how it should be. Oh, and it won’t work with Apple Music synced to your iTunes library.

Markdown is the best way to write for the web, because you know the formatting is going to work exactly how you expect. OS X has long been the home to some of the best Markdown editors, but MacDown is the first really great open source addition to the list.

Put simply it’s a really great Markdown editor. You can configure it to work just as you like, then get to work writing.

There are some web apps that just deserve their own windows and icons on the dock. Sometimes something like Kiwi, which is basically Gmail for Mac fills this role nicely. In every other case, Epichrome lets you make a site-specific browser in just a few seconds.

It works well, so if you’re a Chrome user who wants a few of your favourite websites to behave more like apps, I recommend you check it out.

The dedicated keys on your keyboard are designed to work with iTunes, but that’s not the only place you listen to music. Control Pandora and other web services with your media keys, thank to Bearded Spice.

There’s a lot of great music out there on the web, and it seems like BeardedSpice can control just about all of it.

If Google’s sudden but inevitable betrayal of Reader is any indication, there are some things too precious to entrust to a web app. RSS reading is one of those things, so you should look into this open source app for Mac users. 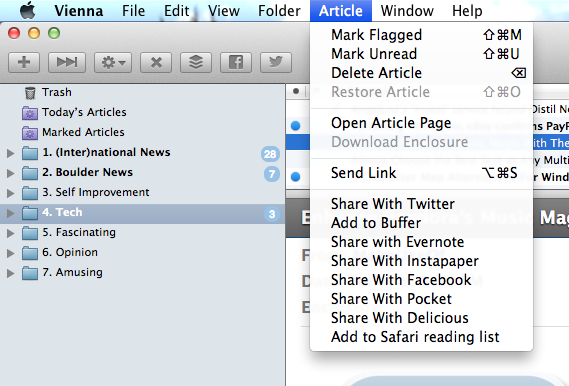 It integrates well with OS X, offers sharing functionality and a lot more. If you want a desktop-only solution that won’t shut down on you later, open source software is the way to go.

There is a lot more great open source software out there for Mac users, and Homebrew might be the best way to install it. This is the Mac answer to all those great command line package managers Linux users are always going on about. With it, you can install thousands of free Mac apps just by typing a command.

The sheer volume of open source software you can install with Homebrew actually makes this a good stopping point. Now I want to know: what are your favorite open source Mac apps?