In this tutorial we want to show you how to create a very simple page preloading effect with CSS animations, SVG and JavaScript.

A set of creative page loading effects that use SVG animations with Snap.svg. The idea is to show an overlay with a interesting shape animation while new content gets loaded. 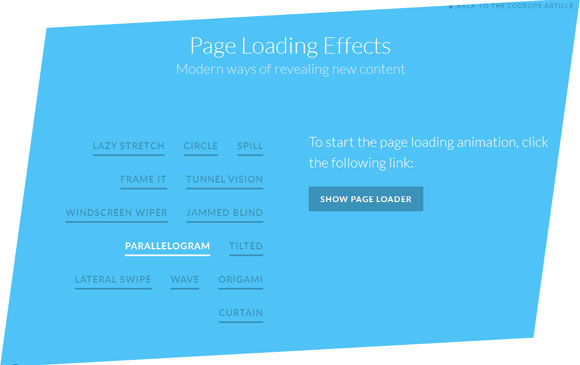 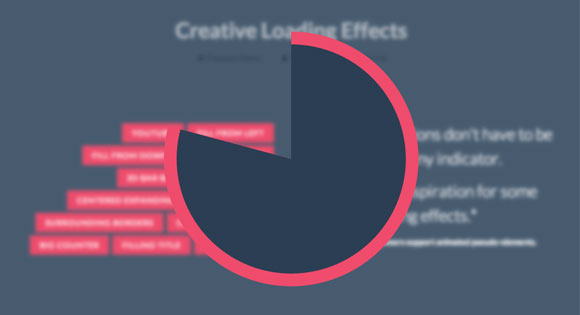 Learn how to achieve loading effects for grid items. The idea is to show items in a grid with an animation once they are in the viewport. 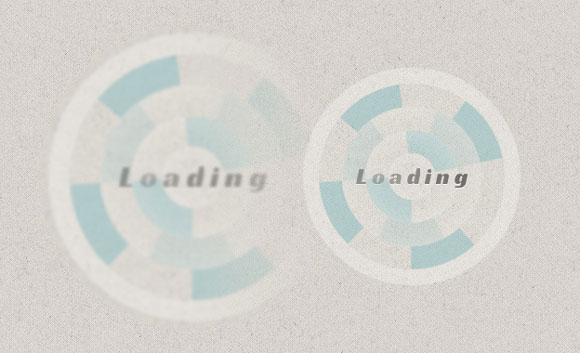 A little experiment with the cutting edge CSS animation to create a gif-like AJAX loading icon purely from CSS. The idea here is to try to manipulate HTML objects using only CSS and minimal HTML markup so we do not have to rely on gif images or JS. 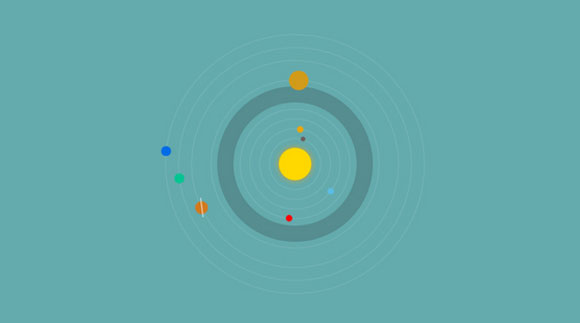 In this article you’ll see an experiment about how to create a simple CSS3 loading animation.

Today I want to show you how to make an awesome animation using multiple background images and linear gradients in CSS. We will build the 非死book loading animation using just a single HTML element.

We used GIF images to create animations for years, but they aren’t pretty to be used over gradients or pictures (no alpha channel, no anti-aliasing) of which modern web sites are full. There are many workarounds to animate PNG images instead, but here I want to show you a solution I found to create a “loading” animation from scratch, using only CSS 3, without images.

Showing a loading indicator on startup is a common pattern in native applications that is becoming more common on the web. If you need to load a lot of resources when your web application is first loaded, you should give the user a clear indication that this is occurring…

In this tutorial you’ll learn how to create a simple pure CSS loading spinner that uses only one div and one CSS class (along with a pseudo-element). It’s the most code-minimal I’ve seen, and uses not a single image in the whole thing.

Learn to create CSS3 loading icons without images. They’re easy to create, scale, re-color, use on any background and don’t incur image downloads.

Inspired by 37 Signals loading bar and making good use of Chris Coyier’s tutorial on CSS3 Progress Bars I set to work designing a bar in Photoshop and then replicating it in CSS3.

In this tutorial you will learn how to create 3 simple CSS3 Loading Animations.

Learn to create animated image-less loading spinners such as used in a lot of web apps.