This guest blog post was written by Yang Zhou, Software Engineer at Qihoo 360.

Qihoo 360 is a major provider of Internet and mobile security products and services in China, and operates a major Android-based mobile distribution platform. At the end of June 2014, Qihoo had about 500 million monthly active PC Internet users and over 640 million mobile users. Qihoo also operates one of China’s most popular Internet browsers and PC search engines.

My team, the Push Service Team, provides fundamental messaging services for more than 50 products across the company (both PC and mobile)， including thousands of Apps in our open platform.

Our "love affair" with Go dates back to 2012 when we first attempted to provide push services for one of Qihoo’s products. The initial version was built with nginx + lua + redis, which failed to satisfy our requirement for real-time performance due to excessive load. Under these circumstances, the newly-published Go 1.0.3 release came to our attention. We completed a prototype in a matter of weeks, largely thanks to the goroutine and channel features it provided.

With rapid business expansion and increasing application needs for our push service, the initial Go system quickly reached its bottleneck: heap size went up to 69G, with maximum garbage collection (GC) pauses of 3-6 seconds. Worse still, we had to reboot the system every week to release memory. It wouldn’t be honest if we didn’t consider relinquishing Go and instead, re-writing the entire core component with C. However, things didn’t go exactly as we planned, we ran into trouble migrating the code of Business Logic Layer. As a result, it was impossible for the only personnel at that time (myself) to maintain the Go system while ensuring the logic transfer to the C service framework.

Therefore, I made the decision to stay with Go system (probably the wisest one I had to make)， and great headway was made soon enough.

Here are a few tweaks we made and key take-aways: 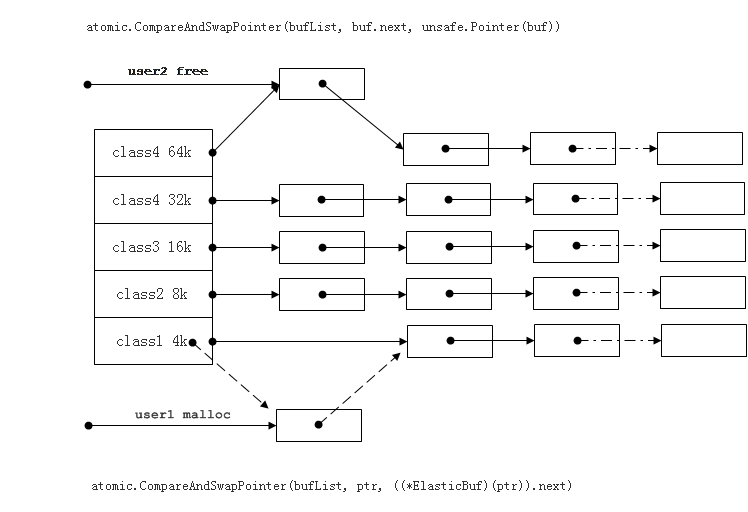 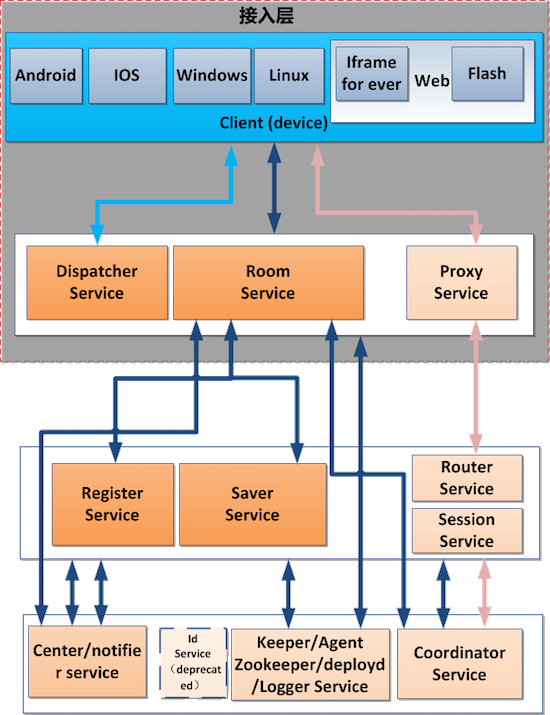 The continuous improvement journey can be illustrated by a table: 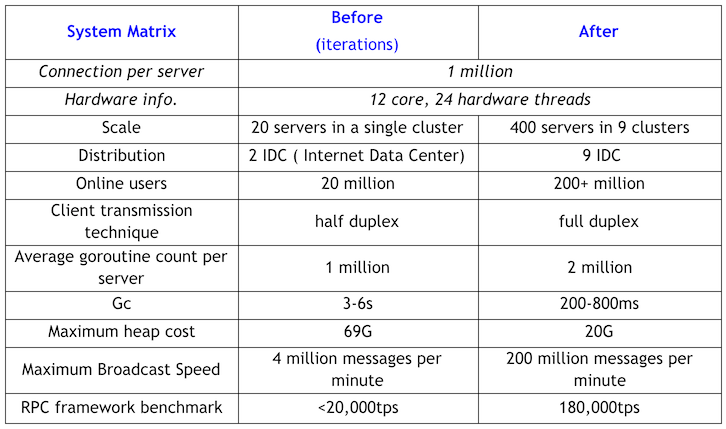 Also, no temporary release of memory or system reboot is required after these optimizations.

What’s more exciting is we developed an on-line real-time Visibility Platform for profiling Go programs. We can now easily access and diagnose the system status, pinning down any potential risks. Here is a screen shot of the system in action: 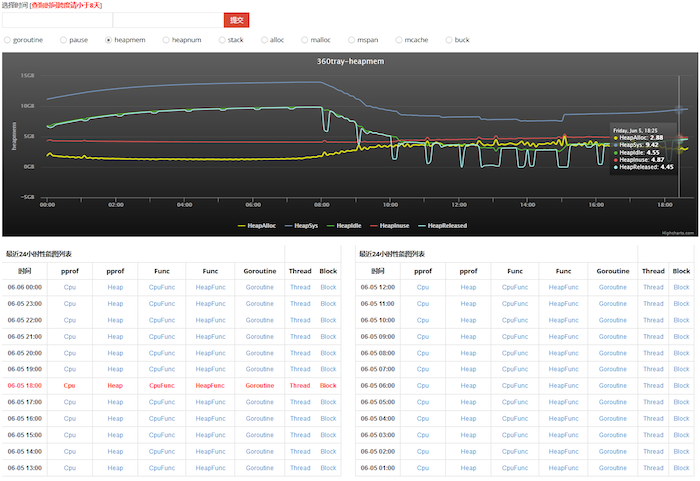 The great thing about this platform is that we can actually simulate the connection and behavior of millions of online users, by applying the Distributed Stress Test Tool (also built using Go)， and observe all real-time visualized data. This allows us to evaluate the effectiveness of any optimization and preclude problems by identifying system bottlenecks.

Almost every possible system optimization has been practiced so far. And we look forward to more good news from the GC team so that we could be further relieved from heavy development work. I guess our experience may also grow obsolete one day， as Go continues to evolve.

This is why I want to conclude my sharing by extending my sincere appreciation to the opportunity to attendGopher China. It was a gala for us to learn, to share and for offering a window showcasing Go’s popularity and prosperity in China. Many other teams within Qihoo have already either got to know Go, or tried to use Go.

I am convinced that many more Chinese Internet firms will join us in re-creating their system in Go and the Go team's efforts will benefit more developers and enterprises in the foreseeable future.