Alan Baghumian has announced the final test release of Parsix GNU/Linux 6.0, a live and installation DVD based on Debian's current stable release but featuring the very latest GNOME 3.10 desktop: "Our third and last official testing release for Parsix GNU/Linux 6.0 code name Trev, has been released. This version ships with GNOME Shell 3.10.3, and Linux 3.12.15 kernel built on top of rock solid Debian Wheezy (7.0) platform. A lot of updates have been made and all reported issues have been resolved. All base packages have been synchronized with Debian Wheezy repositories as of March 15, 2014. Stay tuned! Our goal is to release the final version within a week or two." Read the full announcement and the detailed release notes for more information such as instructions on using the Parsix GNU/Linux software repositories. Download: parsix_6.0-TEST-3-amd64.iso (1,070MB, MD5). 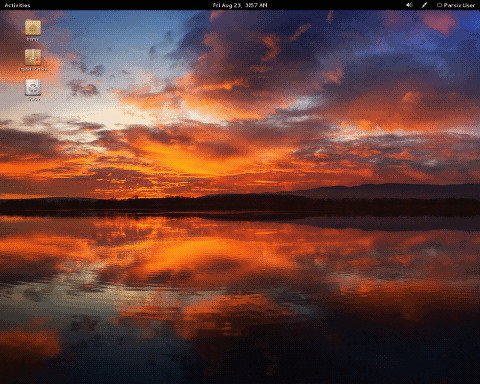