TripleA是流行游戏 "Axis & Allies"（轴心国与同盟国）的一个Java开源实现。which is a turn based strategy wargame. TripleA also acts as a game engine allowing creation of custom games with similar mechanics to Axis and Allies. It supports online play, network play, play-by-email, and single player vs AI or hot-seat. It comes with 11 different maps and the option to download more from online repositories. Most games take place during World War II, though there are mods to play other conflicts like the Napoleonic wars, or Lord of the Rings。 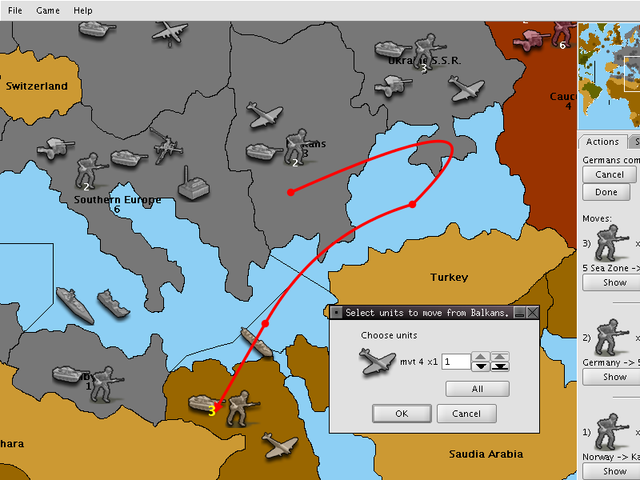 Release Notes: This release added support for new and totally different map skins, including a Global 1940 skin that looks like ABattleMap. A new Map Creator and tutorial was included. A new Objectives tab to the right side of the screen shows all national objectives. New keyboard shortcuts were added: "I" for info on units/territories, "N" for showing a territory with units that have movement left, and "WASD" and arrow keys for moving the map around. Support for UPnP was added along with support for custom sounds and many new sounds