Anne Nicolas has announced the availability of the third beta release of Mageia 3: " As we said in a previous blog post, Mageia 3 planning was modified to give us some more time -- for one more beta release and to enable us to hunt down more bugs. We finally had to face quite a lot of them during the QA tests of beta 3 ISO images and it took more time than expected to fix them. We've been working really hard, and now we have beta 3 ready for you to start testing. So here are the live ISO images for downloading; the images using the classical installer should be released in a very short time, and we'll post again as soon as that happens. We need you more than ever -- please, download, install and test, test, test." Read the release announcement and release notes for information about the major new features and components. Download: Mageia-3-beta3-LiveDVD-KDE4-x86_64-DVD.iso (1,411MB, MD5), Mageia-3-beta3-LiveDVD-GNOME-x86_64-DVD.iso (1,374MB, MD5). 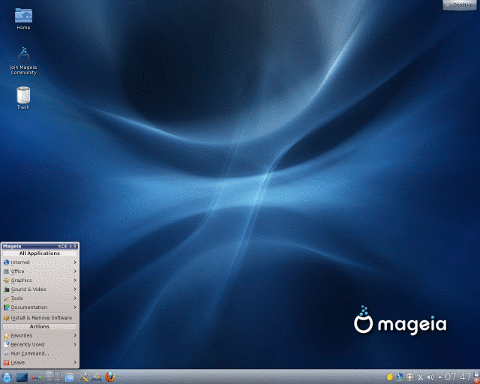