Lee Ward has announced the release of Fuduntu 2013.1, a new build of the rolling-release distribution which features GNOME 2 as its default desktop: " Fuduntu 2013.1 released. For those with hardware that use proprietary drivers, one of the first things that will be noticed after install is Jockey, the program that checks hardware and presents the user with the proprietary driver(s) needed. An example of this would be graphics drivers for NVIDIA and AMD cards. Since we're on the topic of installation, we would like to point out that, by default, sudo is now enabled for all new installs. Another noticeable thing will be the new dock. Unfortunately, AWN is no longer being maintained upstream and there are several bugs that have been left open. In addition, AWN will no longer build against the latest glib. After much discussion, the team decided to migrate to the Cairo dock. This is now installed by default." Read the detailed release announcement for a complete list of new features. Download from SourceForge: Fuduntu-2013.1-x86_64-LiveDVD.iso (959MB, SHA1, torrent). 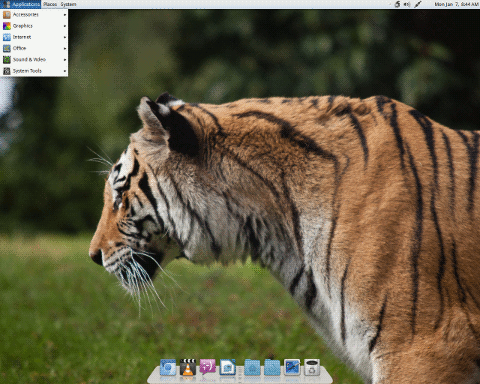